During their inaugural 1960 season, the Houston Oilers boasted a number of offensive weapons.

Two of those were Dave Smith and Billy Cannon, a terrific tandem of running backs who proved to be a formidable one-two rushing punch in Houston’s offensive scheme.

This pair lined up in a split backfield, called a 22 Personnel or Wing-T formation, which featured one receiver, two down ends, and two running backs beside each other and behind the under-center quarterback.

This formation allowed for quick-toss plays to the right or left, with one running back serving as lead blocker for the other.

Although the formation is considered archaic by today’s standards of play, it served the Oiler offense well, because they often saw opposing defensive fronts with seven or more players in the box (see image), or the five yards of territory past the line of scrimmage, where defenses would cram players in attempts to stuff running plays. 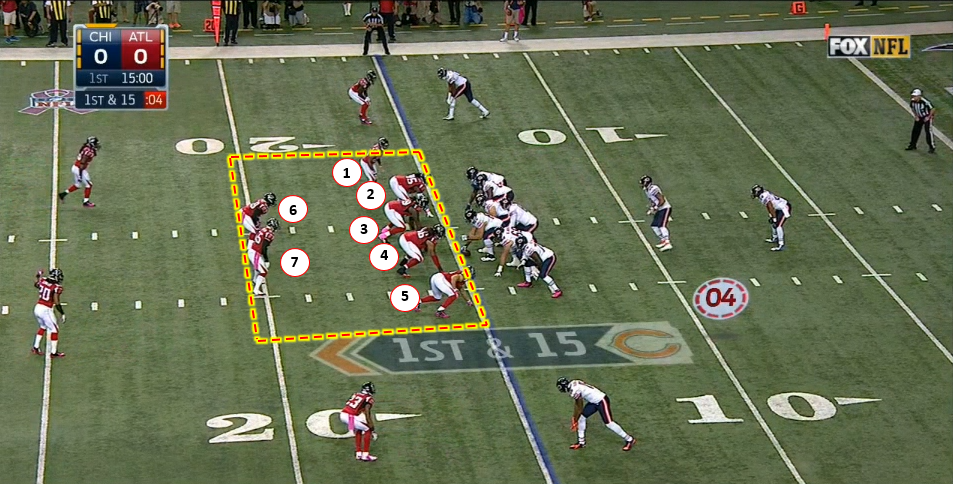 This defensive strategy sought to plug any holes that the offensive line could try to open.

On running plays from the 22/Wing-T, guards would typically take a bucket step (a six-inch step backward in which the lineman opens his hips by turning to one side), pull down the line of scrimmage, and either block a defensive end or turn upfield to hit a linebacker.

Defenses could combat this pulling technique by blitzing through gaps and disrupting the pulling guards, but the Wing-T offense could offset those blitzes with the other running back as an extra blocker.

That’s where Smith and Cannon excelled by selflessly blocking for each other to open up those gaps.

With one of them smashing defenders for the other, Smith and Cannon ran all over opposing defenses during the 1960 season.

They accounted for 1,287 yards, which was more than 74% of Oiler rushing yardage and over 25% of the team’s total yards that season.

They also proved to be reliable pass catchers out of the backfield, snagging seven of the team’s 31 touchdown passes.

With the 241st pick in the 21st round of the 1959 NFL Draft, the Green Bay Packers selected Smith from tiny Ripon College in Wisconsin. 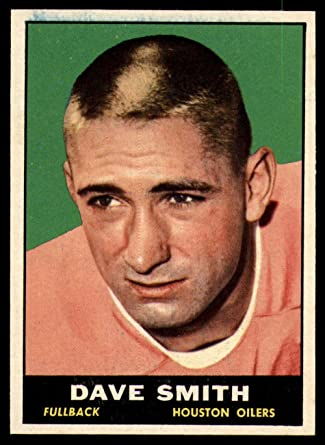 Fortunately for the Oilers, Smith did not make the Packers’ final roster cuts, and “The Ripon Ripper” went on to have his best season statistically in 1960, rumbling for 643 yards, five touchdowns, and an average of 4.2 yards per carry.

Smith also proved to be a dependable pass-catcher, tallying 22 catches for 216 yards and two touchdowns. He also tossed a 20-yard left-handed touchdown pass.

His blazing speed on the gridiron was on full display as he and Cannon helped the Oilers to a 10-4 record en route to their first AFL championship.

Smith was named to first-team All-AFL honors by the Associated Press, UPI, and the AFL for his efforts on the season.

Billy Cannon entered his professional career in a polar opposite way from Smith, coming off a prolific collegiate career at LSU where he won numerous awards and the Heisman Trophy. 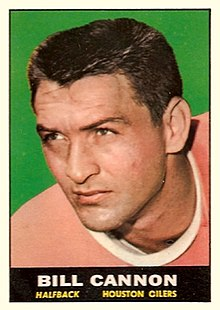 Cannon was selected as the first overall pick in the 1960 by the NFL and also in the first round of the AFL draft.

After a dispute in court as to who would own the rights to his contract, the judge decreed that Los Angeles Rams General Manager Pete Rozell took advantage of Cannon’s naivete and gave Cannon’s rights to the Oilers.

For the 1960 season, Cannon had similar stats to Smith, rushing for 644 yards and one touchdown while averaging 4.2 yards per carry. He also recorded 15 catches for 187 yards and five touchdowns.

Although seldom used on special teams (12 returns on punts or kickoffs), he maximized each opportunity, averaging 33.3 yards per punt return with one 88 yard touchdown, and 24 yards per kickoff return, boosting his all-purpose yards to a team-leading 1,193.

Cannon earned the nickname “The Young Bull of the Bayou,” bruising and punishing defenders with his physical play as part of the Oilers’ backfield dynamo.

He was named Player of the Game for the AFL Championship for his outstanding performance in the Oilers’ 24-16 win over the Los Angeles Chargers.

Dillon Holloway is a native Mississippian currently residing in central Oklahoma. He is a rabid football fan and a historian of the sport. He is a husband, a military officer, volunteer teacher and football coach, and emerging guest speaker. He graduated from the University of Mississippi with a bachelor’s in English and a minor in aerospace studies. He played football from pee-wee through high school, winning the 2A Mississippi Association of Independent Schools (MAIS) state championship and was named first-team all-district guard in 2011. Since his first football practice, he has always made the sport a part of his life in some fashion, and writing for Miss Ya Blue! allows him to continue to do so.